M/C Partners has been the lead investor in several large fiber deals in recent years including Cavalier, Zayo, and Lightower. Overall, M/C Partners has purchased large amounts of fiber infrastructure at huge discounts, and now it’s paying dividends for the firm and the market overall. It is an interesting story that demonstrates how a PE firm can influence the market and how the fiber market is really booming.

M/C Partners is a private equity firm focused exclusively on the communications, media, and information technology sectors. The firm has invested over $1.5 billion into nearly 100 companies in those sectors. Companies M/C has backed include Cavalier Telephone, Fusepoint, GTS Central Europe, ICG Communications, Involta, Legendary Pictures, Lightower, MetroPCS, NuVox, Open Mobile, and Zayo Group. The firm has strong institutional backing from the nation’s leading pension funds and endowments as well as a long track record of success. M/C Partners has offices in Boston and San Francisco.

Telecom Review recently visited with Gillis Cashman, Managing Partner at M/C Partners in order to give our readers a feel for how bankers are looking at investment in our industry.

Denovo recently announced that M/C Partners has invested in and acquired a majority interest in Denovo. The financing will enable Denovo to make acquisitions and invest in the development of its cloud and managed services offerings while providing liquidity for its founders. The terms of the transaction were not disclosed.

“We envision Denovo playing a leading role in consolidating ERP consulting, managed services and hosting providers serving small to medium enterprises,” said Gillis.  “Denovo has built a strong brand in the JD Edwards community and we are excited to partner with Denovo’s founding management team.”

In conjunction with M/C’s investment, Marty Snella is joining Denovo as Chief Executive Officer. Snella has played integral roles in several very successful M/C Partners investments over the past 11 years, including ICG Communications and Zayo Group. “I am very excited to join the Denovo leadership team. Denovo has done a phenomenal job growing its business and developing customer loyalty. This is a tremendous opportunity to build upon their success and continue to grow the business both organically and inorganically” said Snella.

“We couldn’t be more excited to join forces with M/C Partners. M/C’s expertise in the technology sector and their ability to identify and stay ahead of market disruptions was key for Denovo,” said Mark Goedde, President and COO, Denovo. “We are equally thrilled to have Marty Snella join Denovo as CEO, Marty’s extensive industry knowledge, expertise and valuable insight to market trends will allow Denovo to accelerate our strategies and uniquely positioned us to deliver enterprise applications via multiple cloud solutions, coupled with impeccable customer service.”

Media Venture Partners (MVP) served as the exclusive financial advisor to Denovo in this transaction. MVP is an investment banking firm serving companies in the technology, communications, media and renewable energy sectors with a comprehensive array of services, including merger and acquisition advisory, debt and equity financing, and restructuring advisory.

M/C invested in Involta last year. The data center space in the coming years, particularly in tier II and tier III markets that are still very underdeveloped in terms of infrastructure,” said Gillis. “There is a tremendous need for infrastructure in those areas, and Involta is very well-positioned to address those needs with its superior platform and services.”

“There is a view in cloud computing that data centers are now becoming commodities and that proximity doesn’t matter; you can host your servers anywhere,” Cashman said. But concerns about application performance, and to a lesser extent security, are inhibiting cloud’s success, he said. “When you think about application performance, it really requires a different architecture, where you need to get those servers and applications very close to the end user.

“Today’s real time apps are latency sensitive so there is a true market for these tier 2 and 3 data centers. Instead of 50 servers being in a data center in the middle of nowhere, now what you need is 50 servers at 50 data centers close to the edge where the redundancy is in the network itself.”

And, Gillis said, those Data Centers (DCs) should be located where the need is greatest in order to serve enterprises in communities that are not served by Tier 1 or Tier 2 providers. These companies, he said, still have mission-critical applications, but they can’t get the service-level agreements they need to ensure their employees and customers are getting the application performance they deserve.

“There is far more insourcing going on in smaller markets,” Cashman said. “The reason is they either don’t trust the facilities in the market or there are no facilities in the market, so they are forced to deploy their applications internally.” To target these types of customers, Involta builds a dedicated fiber link from the DC to the enterprise, effectively creating a leased line. “Performance across this network is guaranteed because it never touches the public Internet, and to me, that is a critical factor that will drive more outsourcing [to data centers]. You need to have that infrastructure in place to effectively place these private cloud architectures.”

From M/C Partners’ initial investment in Brooks Fiber in 1993 to the current day, the firm has acted upon its view that advanced telecommunications infrastructure, which today means broadband and high-speed services, is a driving factor for telecommunications industry growth. The basis for this thesis has never been more apparent than it is today. With video and other Internet applications driving rapidly growing bandwidth requirements for customers of all types, access to bandwidth is as important to consumers and businesses as phone service and electricity are.

M/C has proactively adapted its strategy throughout the industry’s evolution. The result is experience and success in the construction, restructuring and consolidation of broadband assets to address market conditions and maximize asset profitability and shareholder value.

During the CLEC industry collapse in 2001-2003, M/C made a strategic decision to invest in the CLEC sector as it believed that certain companies were undervalued and offered tremendous opportunity. M/C saw ICG Communications as an attractive investment target. ICG was an early pioneer in the competitive telecom market but had already gone through the Chapter 11 process in the early 2000s. Despite a restructuring of its debt, the company was facing another bankruptcy in 2004.  In July, the company announced a definitive merger agreement with MCCC ICG Holdings LLC (“MCCC”), a joint venture between Columbia Capital and M/C Partners.  MCCC assumed management of all day to day ICG operations.  M/C worked with it outside of the protection of bankruptcy—which enabled it to control the asset— to reduce its operating costs, turning around an $8 million monthly operating loss to a $1.5 million of positive monthly cash flow within 9 months. MCCC ICG Holdings paid $6 million for the asset and funded $12 million in operational expenses.

ICG benefited both from the investment and M/C’s industry expertise. ICG’s new strategy involved the sale of more than five different market clusters/business units.  M/C helped to identify a number of the parties with whom the group negotiated its divestitures, especially the first sale of the California markets to Mpower Communications. This enabled ICG to focus on its remaining markets and its customers to benefit from having a financially strong and geographically focused service provider.

On May 31, 2006, Level 3 Communications, Inc. announced that it had completed its acquisition of all of the stock of ICG Communications, Inc., a privately held Colorado-based telecommunications company.  Level 3 paid total consideration of $175 million in cash and stock. With these proceeds, in combination with the prior asset sales, M/C realized a sizable return on its investment in approximately two years.

Gillis concluded by noting that, “our focus is underserved markets where we can work to fund the upgrade of existing facilities so look for us to continue with that focus.” Based on their previous success we can all wait for their next superstar! 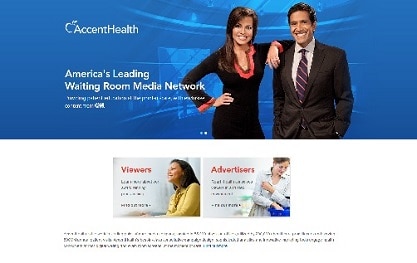